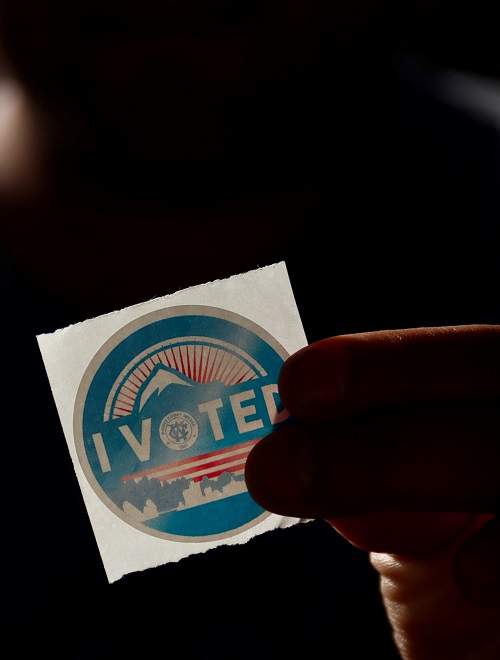 One of the fondest memories I have with my dad was the day he took me voting. We walked to the voting station. There were a lot of people on the streets but not many cars. This was odd for a busy day. My dad was telling me again the story of this steel worker who was running for president. It was São Paulo 1994. Lula – Luis Inácio Lula da Silva – had already lost a presidential election. Politics was already a discussion topic between dad and me. We were coming out of an impeachment process. He has tried before to explain to me the meaning of the black flags calling for the removing of the president who had defeated Lula the first time. I hated corruption.

Being at the voting booth besides my dad meant something. Surely his vote was very important. The most important I suppose. Lula was again defeated. Why was my dad’s candidate not elected? During those years, and after losing again in 1998, it was very hard to believe that one day we would have a Worker’s Party government in Brazil. My dad never got to see the party he vividly supported, against many in his entourage, be elected to the highest office of the country. I would have loved to see my dad excited by all the deep and major changes the charismatic union man brought to the country.

Voting for Lula was one my first acts as a citizen after I turned 18 years, already voting from abroad in the Nordic land of Montreal, Canada. Of course, I thought about my dad on that day. I would have loved for him to see me cast that vote. I voted for him again four years later. We were on the right side of history. My dad was right. And we were right for many years…

Yet, of all the most needed reforms the leader of the Worker’s Party offered the country, one was missing. I saw it coming. This one missing element is what is catching him up now: fighting corruption. Of all the changes we needed, this was a big one.

On Wednesday, after over 10 hours of (at times) fascinating constitutional debate, Brazil’s top Court has ruled. Lula could be jailed, after being convicted on corruption charges in July last year and losing on appeal. On Friday, a federal judge wrote an arrest warrant for the ex-president. He has handed himself in to the authorities over the weekend.

Respecting Brazilian democratic institutions in times like these is as important as fighting corruption as such, both equally above party politics. This applies beyond an ex-president respecting an arrest order. The country needs to move on to strengthening its institutions, passing the legislations and making the constitutional changes that will support its fight against corruption. I am not judging Lula’s political legacy, nor his guilt or innocence. I take as a starting point the fact that he was found guilty on appeal. My point is essentially about an attitude towards, and a suggestion on, what can be done to strengthen the institutions of a young democracy like Brazil in its fight against corruption.

The next step is an election in the Fall though. Hopefully the population will not elect a populist lunatic – we have a world-class maniac running for president, Jair Bolsonaro. The population needs to wake up and make sure an incompetent demagogue like this one will not even get close to the second round. Populism undermines democracies. We have to be careful with a populist madman like Mr. Bolsonaro.

What I really wish now is for the debate around Lula’s trial to be a judicial one, not a political one. We need to regain faith on, and strengthen, our democratic institutions. The presidency is still corrupted. Congress is corrupted – note that sitting politicians and cabinet members in Brazil are shielded from prosecution in the common courts. Speaking of reform, this would be a good place to start.

Besides protesting, Brazil has two weapons: the judiciary and the right to vote. We must muster both. But this has to be a fight against corruption for members of all parties. We need to see now conservative, left-wing and all other no-allegiance-other-than-self-interest crook politicians go to jail, where they belong. Many trials are pending, including the one of the sitting president. Let us make sure they are not delayed any further. And let us make sure we use our right to vote wisely.

In a way, for all that he represents to me, Lula’s incarceration saddens me. Perhaps this is the only way towards justice and honesty.